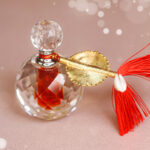 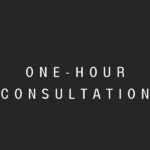 Most powerful mantra for attraction. You become irresistible to the Universe itself. Rama is a Lord, most powerful for chivalry and protection. Chant 108x in a ritual honouring ceremony by opening with Parvati Devotion, then Ombwiri Shakti and then proceed to Rama Mantra.

You want the Universe to never resist your wishes and desires.

This mantra stems from the fact that desire should not be tied to ego or need.

Desire is the reason why creation happened itself in the first place.

Who is Lord Rama?

Rama is one of the most widely worshipped Hindu deities, the embodiment of chivalry and virtue.

The name is specifically associated with Ramachandra, the seventh incarnation (avatar) of Vishnu.

Rama is an incarnation of Vishnu, God of Protection. Vishnu is one of a trinity of the three most important Hindu gods – Brahma the creator, Vishnu the protector, and Shiva the destroyer. Vishnu has had nine incarnations on earth as different beings. One of these is as Rama.

Sunday: The day of the week associated with Lord Rama.

As the Universe is about balance, one cannot go to a mantra without the proper reverence to the Cosmos itself.

To proceed to start entering the realm of this mantra,

Mantra chanting is a spiritual practice.

Though my mantras are sung in a way that makes them enjoyable by being played like regular music, in which case, you would feel a euphoria while listening and singing along;

you must, however, keep in mind that a mantra is an offering spell to a member of Divinity.

It is similar to asking a favour to a high ranking member of the highest organisation or institution.

You start listening to the mantra all week twice a day for leisure and to start feeling the shifts in energy (know that energy = spirit so basically, when you shift “energy” in fact, your old “spirits” are replaced with “new ones” and that is why you feel different because you are simply in different company)

On Sunday, you will tell yourself that you give a specific time (one hour, two hours) to Lord Rama, just like you are saying that every Sunday, you have this appointment that is set and scheduled.

You shower. You wear white. You come with an offering (my potions are meant to be the offering to Divinity) so definitely wear the potion over your yoni as instructed but you can also anoint your candle with it, by placing little dots from top to bottom of the candle to receive the favour.

Start with Parvati Devotion, Ombwiri Shakti once. Then chant Rama Mantras as many times as you wish.

My mantras are already set up with one recording = one full 108 set. So the way to know that you have done a set is to simply listening to the whole song and then repeat if you want to continue.

You should feel a state of trance or light headedness.

Focus on your Vase breathe as always. You will be activating creation.

© 2021 copyrights reserved by The Luxury Spiritual

Welcome to the Luxury Spirituality world!

By signing up you will receive my daily luxury alignment meditation exercise, and you will be the first one to know about special promotions, events, tips and more.

I am pleased to guide you on your spiritual journey!